Plant Factory originated in 1957 in Denmark due to lack of sunshine for plant, and later followed by Japan, U.S. and Netherlands. However, it not widely promoted because the cost is too high, also lack of skills and experience, until the 21st century, it renewed public attention again due to the greenhouse worsening.

As the principle of plants factory is to move plants from the outdoors to indoors, and replace natural light by artificial sources, so that the plant growth is not impacted by environmental. Because the high cost of LED lighting, in the past the plant factories use fluorescent lamps or high-pressure sodium lamps for illumination, with LED prices drop and enhanced technology, promote the LED glow light appears a new wave of progress. 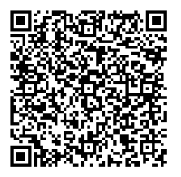